Macomb Living Now TV:  Watch Brian as he re-caps the big developments in real estate in 2020, forecasts what to expect in 2021, and gives you 7 key questions that need to be answered in the coming year.

2020 was a very forgettable year in many ways. The global COVID-19 pandemic upended our routines and re-defined the word “normal” for almost every part of our daily lives.

One of the bright spots in our economy was the housing market. With the end of the year upon us, let’s look back at the key developments in housing for 2020.

Homeowners in the United States continued to accumulate housing wealth in 2020 as home values largely outpaced housing debt giving most Americans significant chunks of equity in their home.

Most markets in the United States experienced some sort of shut down in the spring due to the pandemic. Here in Michigan, we had about a 7-week period from late March until early May where real estate activities were essentially shut down.

When the market re-opened in early May we were flooded with all that pent up demand surging on the market at once creating the catalyst for a quick recovery in housing ahead of the traditional strong summer months.

THREE | The foreclosure crisis that wasn’t

There were a lot of doom and gloom scenarios back in the spring about this being “2008 all over again”. The market data never supported that, even in the dark days of the spring when the market was shut down.

A foreclosure crisis has not materialized and we do not expect it to at this point.

We expect there to be some foreclosure fallout from this pandemic, but nothing that will have a noticeable impact on the housing market.

While the overall economy struggled through the affects of the pandemic, housing was a bright spot.

As we approached the end of the 2020 calendar year some of the most important metrics for a strong housing market were in a great position.

This give us good reason to believe we are in for a stronger than normal winter market in Q1 of 2021.

2020 was the year that re-defined the “home office”. It went from a luxury to a necessity as millions of American workers left their office buildings in March to work from home on a full time basis.

The result has been the introduction of an entirely new class of home buyer who thought they had the home that fit their needs, but now requires space that allows them to work from home more efficiently. 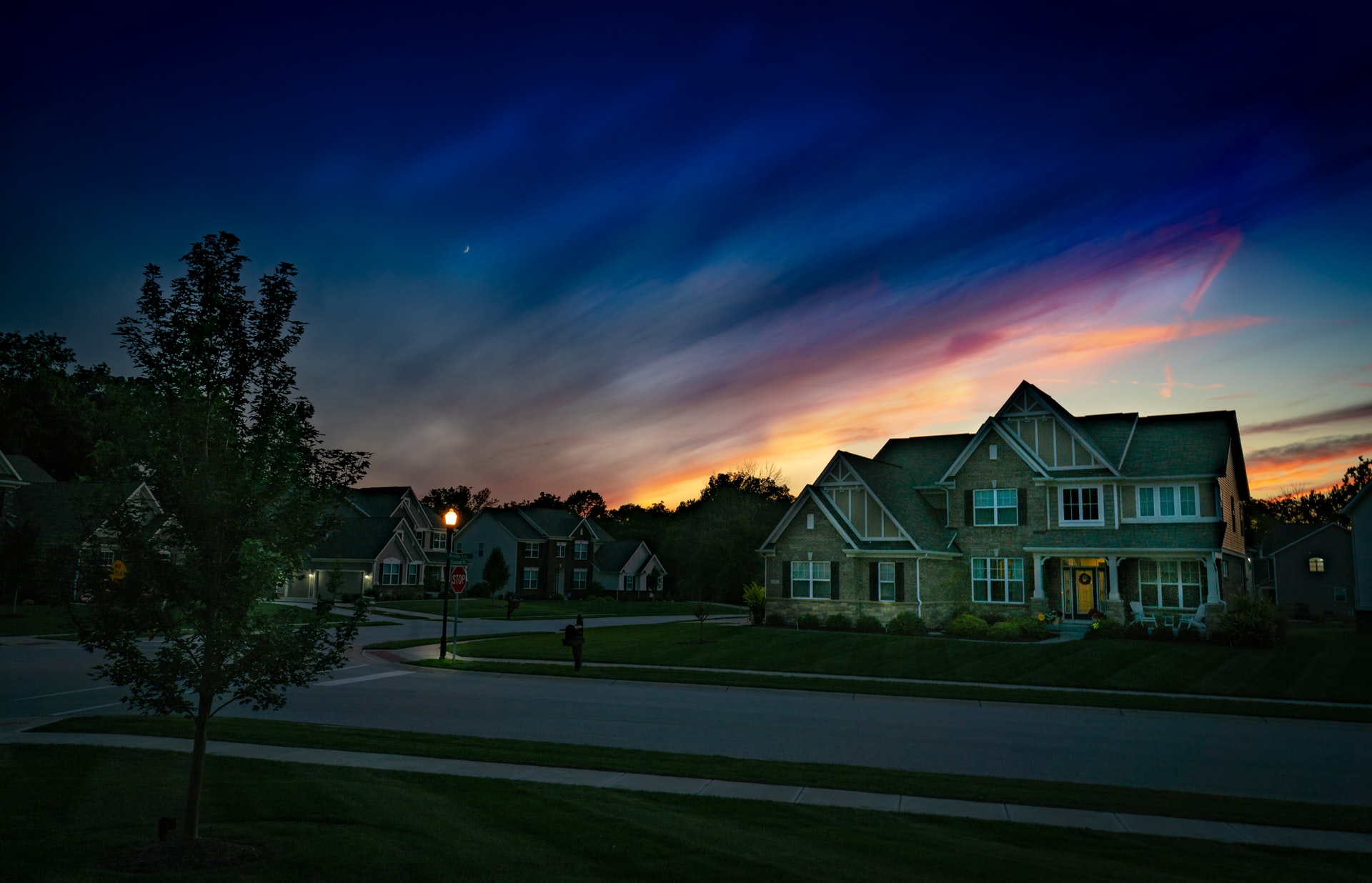 Housing demand in the suburbs and rural areas will surge in 2021 as work-from-home flexibility becomes the long-term normal.

Expect to see very strong demand for homes in northern Macomb and Oakland counties, as well as St. Clair county. 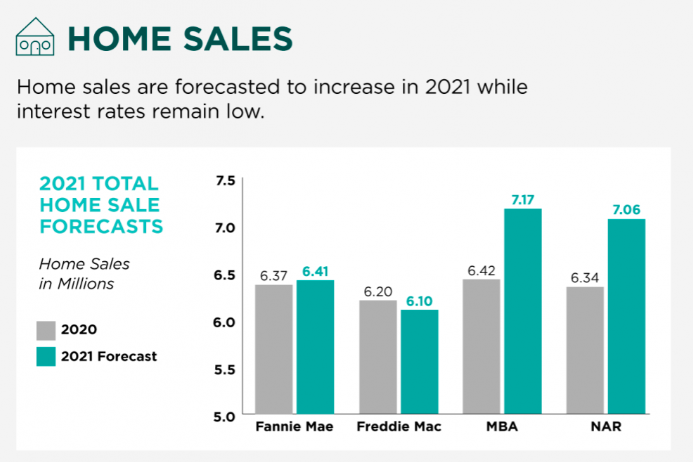 The number of homes sold will continue to grow at a high rate. 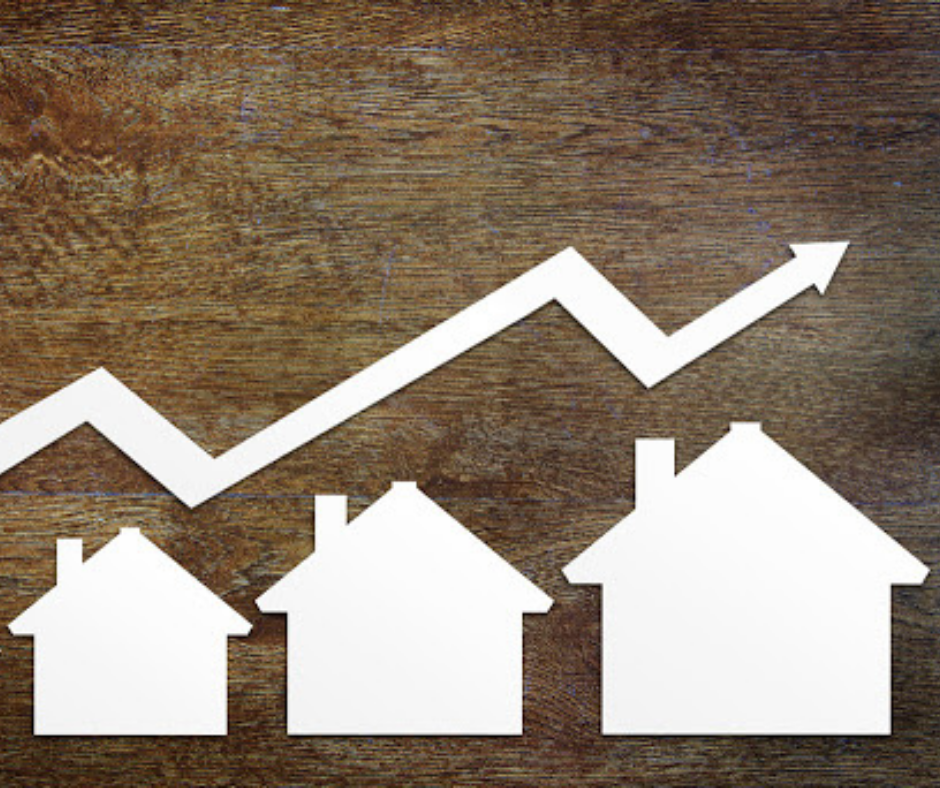 Home values will continue to rise in 2021 but not at the double-digit pace we saw in 2020.

Expect home value increases around 6% in most areas.

Mortgage interest rates will stay at or near 3% throughout 2021.

Be on the lookout for rising rates in the 4th quarter as economists project a fully recovered economy from the effects of the pandemic and inflation concerns might appear.

In addition to the projections above, here’s 7 things we’ll paying close attention to in the next year.

QUESTION ONE | Politics or pocket books?

With a tumultuous election behind us, will Americans shift their focus from politics to more traditional pocket book issues like interest rates, unemployment, the stock market, etc.?

QUESTION TWO | Will first-time homebuyers get squeezed out?

While rising home values are generally considered to be a good thing, we’re starting to see concerns that further increases could start pricing first-time buyers right out of the market.

So far, record-low interest rates have helped offset the run up in prices. But there’s a limit on that.

Double digit home value increases in 2021 will create affordibility issues for first-time buyers who make up a signifigant portion of the home buying market.

2 out of 3 employees recently surveyed said they expect to maintain a flexible work schedule going forward in terms of a work-from-home option, even once we’ve recovered from the pandemic.

And 2 out of 3 companies surveyed stated they are looking to consolodate office space in the future to offset the need for less space.

If the work-from-home dynamic is permanent in some form, it will have lasting effects on home buyer behavior and demand.

Remember leading up to 2008 when we saw wild Wall Street speculation in residential real estate with the secondary mortgage market, mortgage-backed securities, etc.?

We’re starting to see it again.

Firms like Roof Stock allow speculators to purchase partial shares of homes in hot markets for as little as $100.

QUESTION FIVE | Will the Biden administration have a national housing policy?

Once clear of the 2008 housing market crash, President Obama, and later, President Trump, were fairly “hands off” when it came to housing policy. Both focused more on the overall economy and let the housing market benefit as a result.

For the most part it has worked effectively.

Candidate Biden has promised sweeping changes to housing policy at the federal level.

Struggling homeowners were offered the opportunity to defer all or some of their mortgage payments for a period of time during 2020 (otherwise knows an “forbearance arrangements”).

FHA is currently experiencing more delinquencies than at any time in history.

There is concern that if borrowers have to come out of their forbearance agreements too soon with the economy still a little soft, it will be difficult for many to re-establish a good paying relationship with their lender.

Keep an eye out for an extension in existing forbearnace agreements. Lenders learned a hard lesson in 2008 that it’s better to try and work out arrangements with struggling borrowers than to foreclose.

QUESTION SEVEN | Will the inventory show up?

The only thing that has been capable of slowing down the housing the market the past few years is the lack of inventory.

Simply put, we have not had enough homes for sale to keep up with the demand from home buyers.

Fortunately that hasn’t had a negative affect on the market yet. But at some point we will need to see an increase in housing inventory to keep the boom going as home buyers will seek to make sure they buy in 2021 before interest rates increase.

Get your home’s value – our custom reports include accurate and up to date information.

Set up your customized home search and plug directly into the MLS to search all homes for sale.